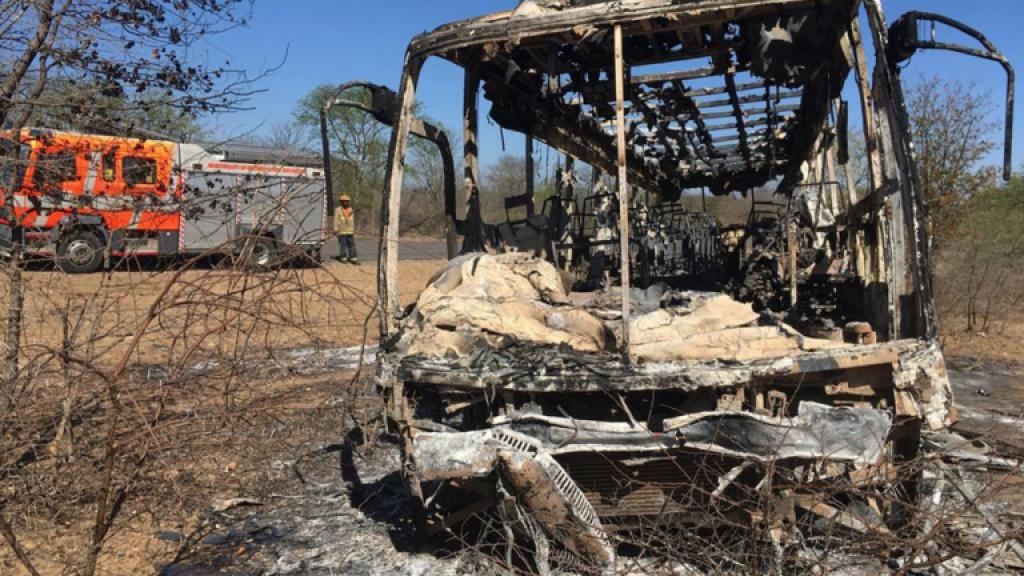 Over 40 dead in fire and gas explosion on bus

At least 42 passengers have been killed in an explosion and a subsequent fire on a bus in southern Zimbabwe, near the city of Gwanda. About 30 people are injured and the death toll may rise as many of the injured are not expected to survive.

In photos from the site, the completely burned out bus is visible on a highway that runs between the border and the city of Bulawayo.

The explosion is suspected to have been caused by a prop anecanister that one of the passengers brought on the bus. Panic broke out on the bus when the fire broke started, and some passengers managed to get out through the windows, reports local media.

Bus accidents are relatively common in Zimbabwe where road maintenance is often neglected. As late as last week, 50 people died in a bus accident on a road between the capital Harare and the town of Rusape.