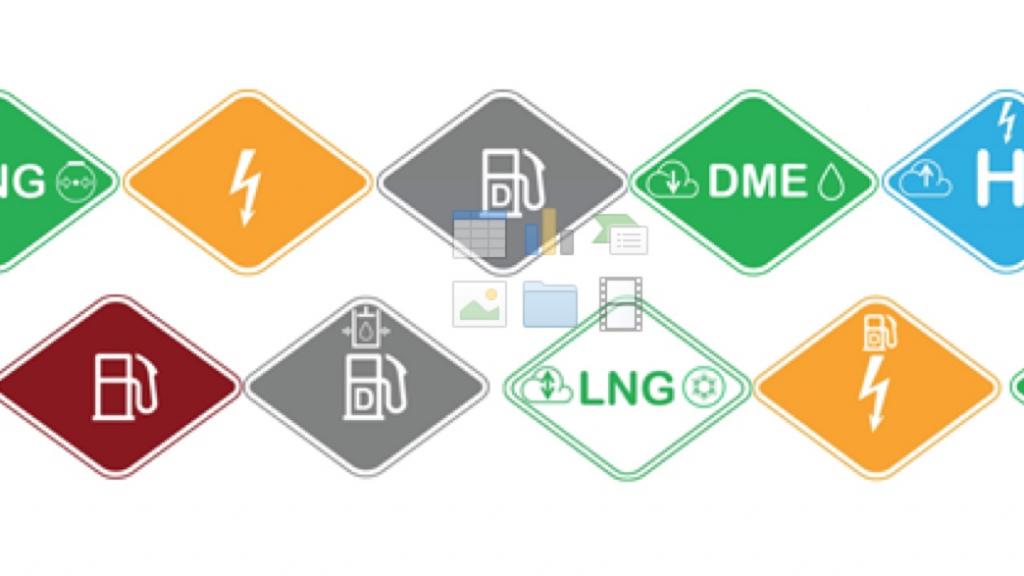 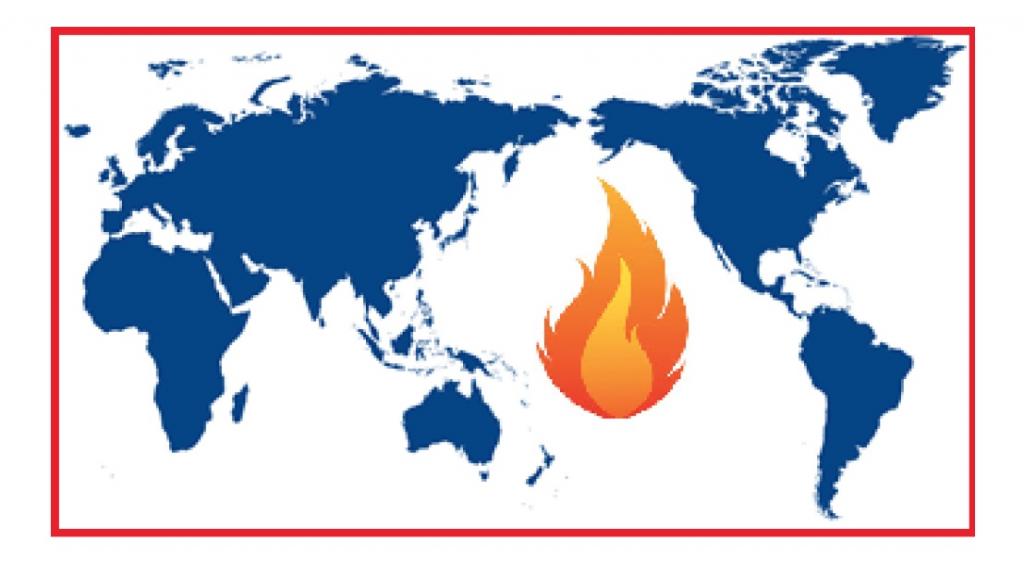 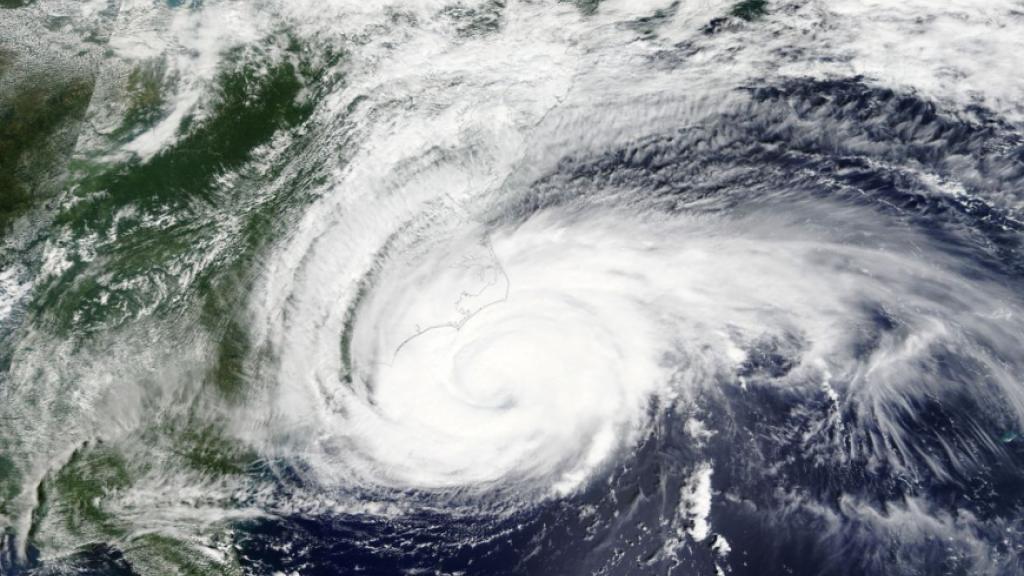 At least seven people have died in the US during Hurricane Florence so far. And in Asia, 13 people have been confirmed dead during typhoon Mangkhut. The destruction in many communities is devastating.

US / Hurricane Florence:
A woman and her baby died when a tree fell over their home in North Carolina.

More destruction is expected when hard winds and huge rainfall turn villages into overflowing rivers.
Nearly 1.5 million inhabitants have been evacuated from their homes and authorities have issued several warnings to the public.

- This will be a storm that creates and causes massive damage in our country. It will take a long time to recover after this, "said Jeff Byard of the Federal Emergency Response Agency in the United States, according to CNN.

Already at 15 o'clock local time, US authorities were able to confirm that Florence claimed its first three lives, according to several local media.

According to NBC News, the death toll at least seven.

Two of the victims are a woman and her baby. They died when a tree fell over their homes in the city of Wilmington, ABC writes news.

In the area of ​​Pender, a woman died of heart attack. The USAR teams could not reach the woman on time because of floods and fallen trees that lay in their way, writes CNN.

Another two people have died in Lenoir County. A 78-year-old man got an electric shock when he tried to plug in an extension cord, and another man died after being blown away by strong winds when waling his dogs, according to Reuters.

At 20 o'clock local time, the storm´s center had moved into South Carolina. Several areas have introduced a curfew.

The US President  has been in contact with the authorities in North Carolina and assured them that the government "is ready and prepared to assist whatever their state and their respective communities need during this natural disaster".

Previously, the hurricane was considered to be of category 4, but the rating later fell to category 1. Later in the afternoon, local time, Florence downgraded from hurricane to tropical storm. This is due to the lower wind speeds.

Even so, the storm is still life-threatening, with strong winds and heavy rain, writes CNN.

- The way I see it, floods of biblical proportions will happen. I see the coastal communities flooded with water and a devastation that will be quite epic, "says Ralph Evangelous, Policeman in Wilmington, North Carolina, to ABC news.

One million without power

Several cities in the state have already been severely affected by the storm. Nearly one million inhabitants are without electricity, entire neighborhoods are underwater and powerful hurricane winds have knocked over several trees that damaged property and blocked roads.

In New Bern, 360 people had to be rescued from attics and rooftops when they tried to escape the storm, writes the New York Times.

One of those who have been rescued is 67-year-old Sadie Marie Holt, who first tried to calm out of her neighborhood.

"The wind was so hard and the water was so high that when we tried to get out we were crashing into trailers. We were thrown into mailboxes, houses, trees, says Holt to CBS News.

More than 2 100 flights have been cancelled, including 200 to and from the region's two largest airports during Friday.

Up to ten million people could be affected by the storm.

Death and devastation also have followed typhoon Mangkhut.  At least 13 deaths have been confirmed, according to the authorities. The typhoon has smashed trees, torn off ceilings, and wrecked power lines on its way across Luzon, the main island of northern Philippines.

Two children, including one infant, are among the victims, according to Sky News, President Rodrigo Dutertes adviser Francis Tolentino said. At least four of the victims lost their lives when a hillside collapsed in the province of Nueva Vizcaya, due to the heavy rain.

About 87,000 people have been evacuated from high-risk areas, according to Tolentino.

"The the death toll will increase as we continue our USAR efforts," said Ricardo Jalad, head of the National Civil Defense, previously to the AFP news agency.

One dead in Taiwan

In the Philippines, at least twelve people have died. Another woman has been killed in Taiwan since she was pulled out by high waves, according to the government in Taipei.

Four million people were in the danger zone when the eye of the storm  reached the Philippine island of Luzonduring night to Saturday, local time. This typhoon is the worst in the area this season so far, with 85 mps  winds as the typhoon struck the country.

The typhoon, which continues continues towards southern China - including Hong Kong and Shenzhen - and then Vietnam - will pass over Taiwan but is not expected to directly hit the island. Taiwan's President, Tsai Ing-Wen, warns people to stay away from the coasts because of high waves.

"The typhoid is powerful and although it is not expected to land in Taiwan, we should be well prepared," he writes on Facebook, according to AFP.

Also in Hong Kong, the authorities issue warnings and describe Mangkhut as "a serious threat".

In a total of ten provinces in the northern parts of the Philippines, warnings were issued for the consequences of the typhoon.

The state weather agency PAGASA states that the threat level has declined since typhoon has progressed, but still warns the population of heavy winds, floods and landslides.

"We ask citizens to keep on guard and continue to take precautionary measures," says meteorologist Rene Paciente, according to Sky News.