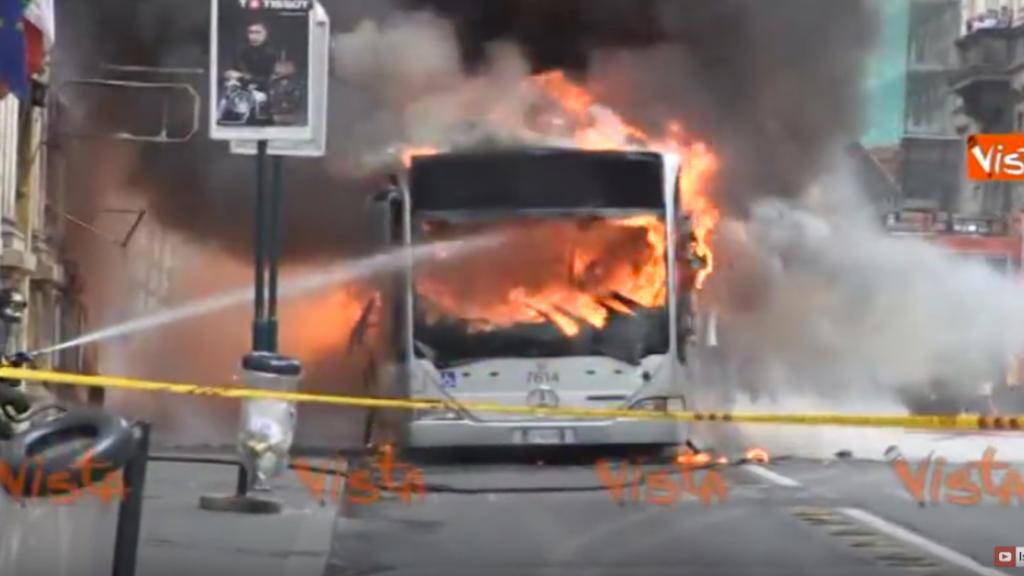 Almost 30 buses have caught fire in Rome during the last year and a half - this year alone, nine transit vehicles have have caught fire, and recently a bus exploded in the capital. Dramatic video footage shows the burning bus in the center of Rome.

A passenger bus has caught fire and exploded in Italy's capital city, Rome. No one is allegedly seriously injured in the accident, but according to Italian newspaper Corriere della Sera, a girl has burned her arm. Both the driver and the passengers got her out of the bus before it exploded.

The event is the ninth of its kind in Rome just this year. Last year, 20 buses were burned or destroyed in the city.

However, there is no suspicion of crime - instead, the problem is blamed on the high age of the buses and that they are poorly maintained.

The company Atac, which manages public transport in the city, has over one billion Euros in debts. According to an internal report, 36 percent of the company's buses and almost 50 percent of the trams are in such a bad condition that they can not be used.