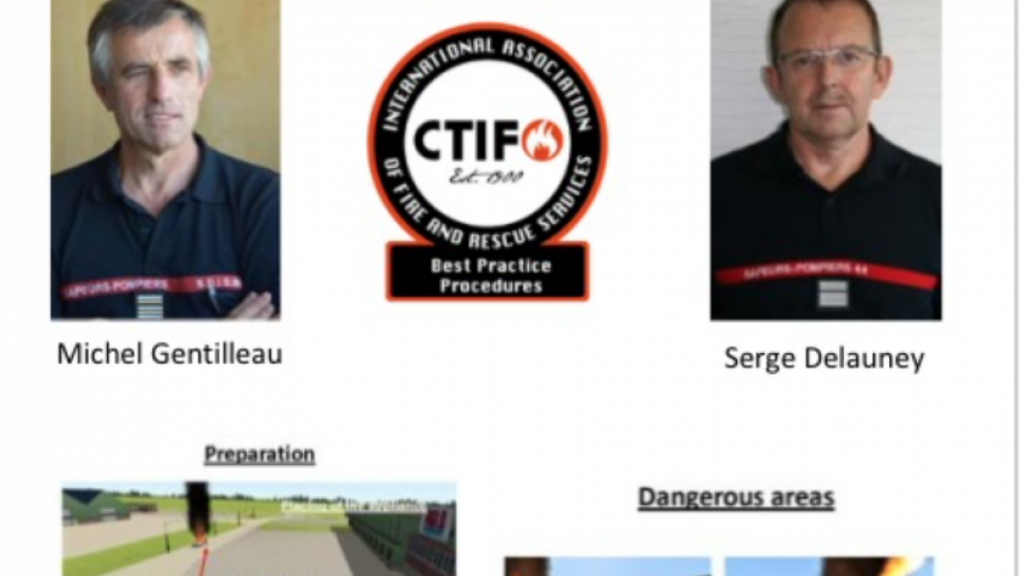 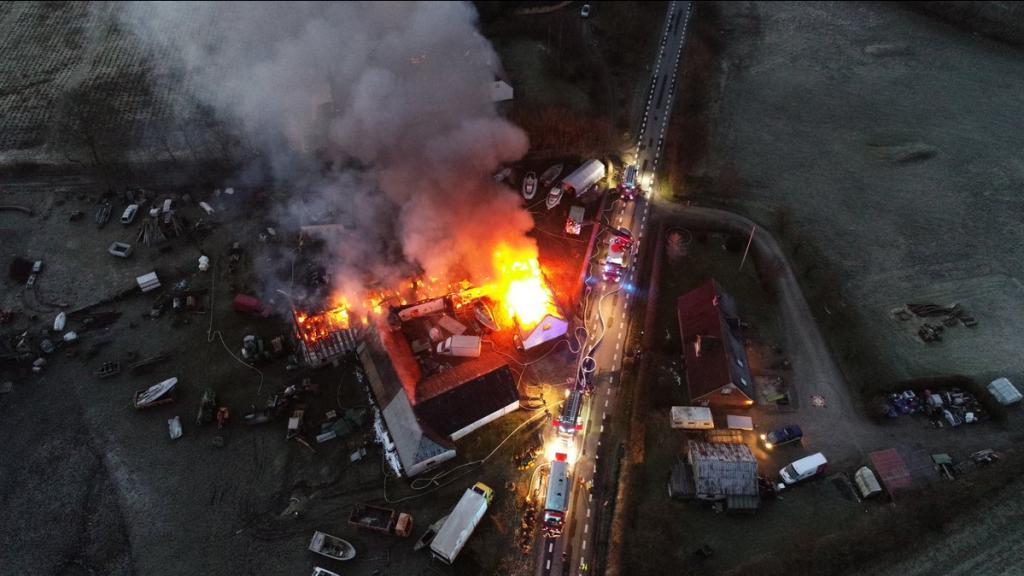 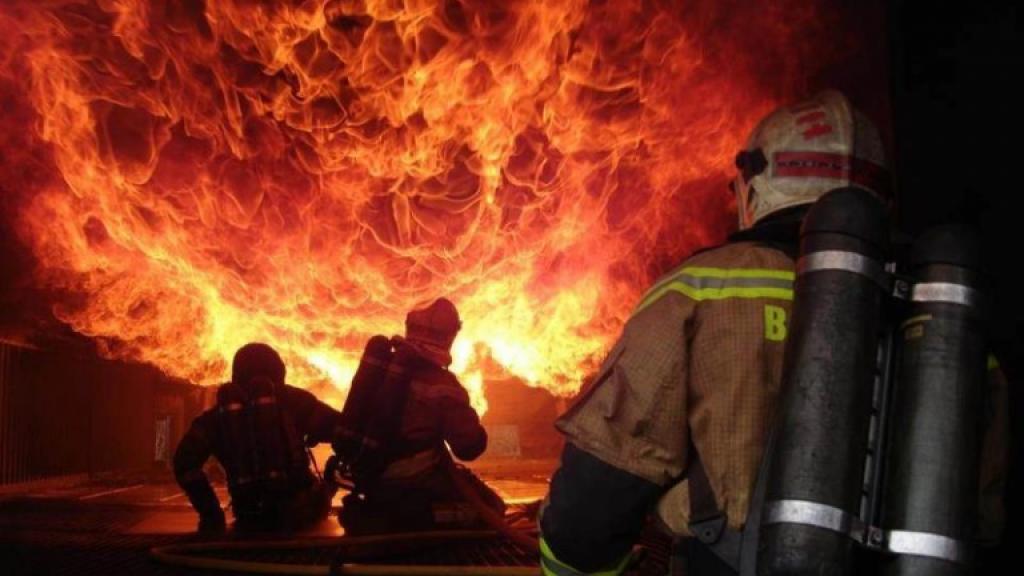 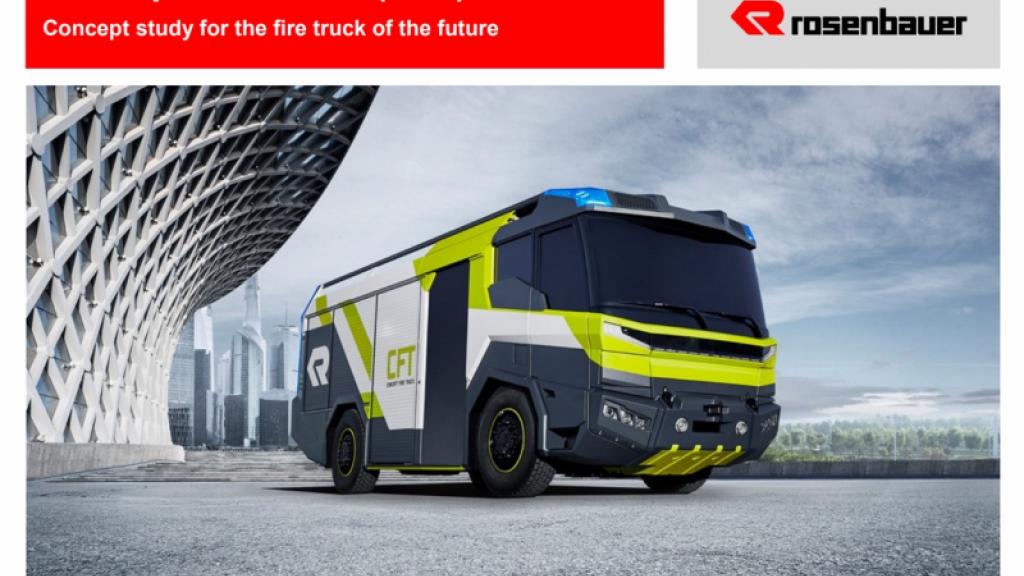 The Possibilities of Electric Drive: A presentation on the new Concept Fire Truck at the Brussels Seminar Fire, Rescue & New Challenges

During the Brussels Seminar, Fire, Rescue & New Challenges, CTIF´s Associate Member Rosenbauer will unveil the latest development of their Concept Fire Truck, the all new electric drive fire truck. In this exclusive lecture, Rosenbauer´s Michael Friedmann will explain both advantages and disadvantages of electric drive in fire trucks.

The following is a combined news article and commercial message from our sponsor Rosenbauer.

The Concept Fire Truck (CFT), which was first presented on the occasion of Rosenbauer’s 150th anniversary in September 2016, is increasingly attracting the interest of fire departments and the public alike. It triggers astonishment, curiosity in some, and always enthusiasm.

The development of the concept study for the fire truck of the future took several years and was a tricky task for Rosenbauer, as the concept aimed to provide answers to the essential questions of the future – the firefighting megatrends. 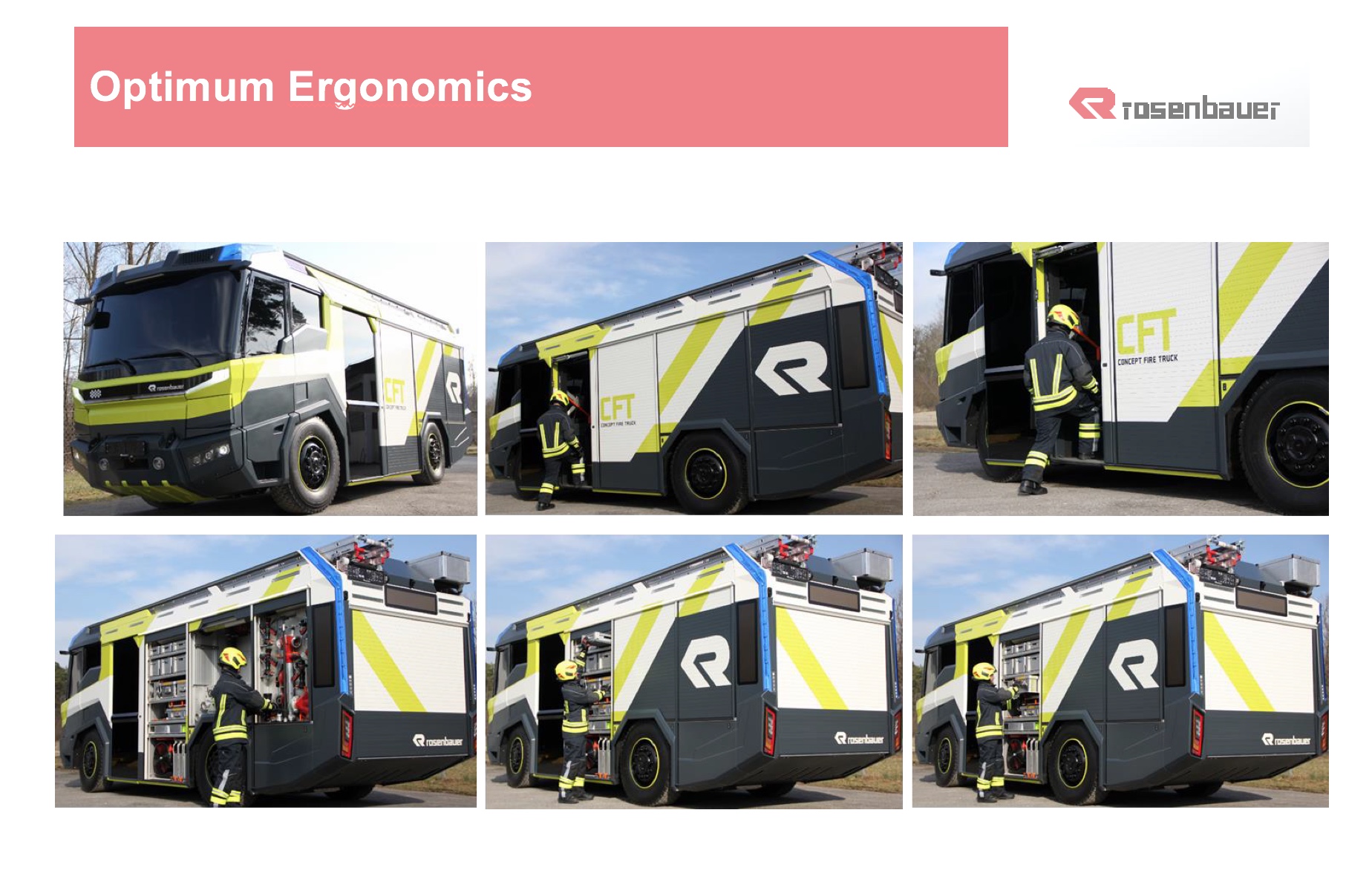 “Is it an electric vehicle?”

This is almost always followed by “But does the battery have sufficient capacity for continuous use of the pump?”

“For this, we have a range extender on board, which facilitates continuous operation of the pump.” 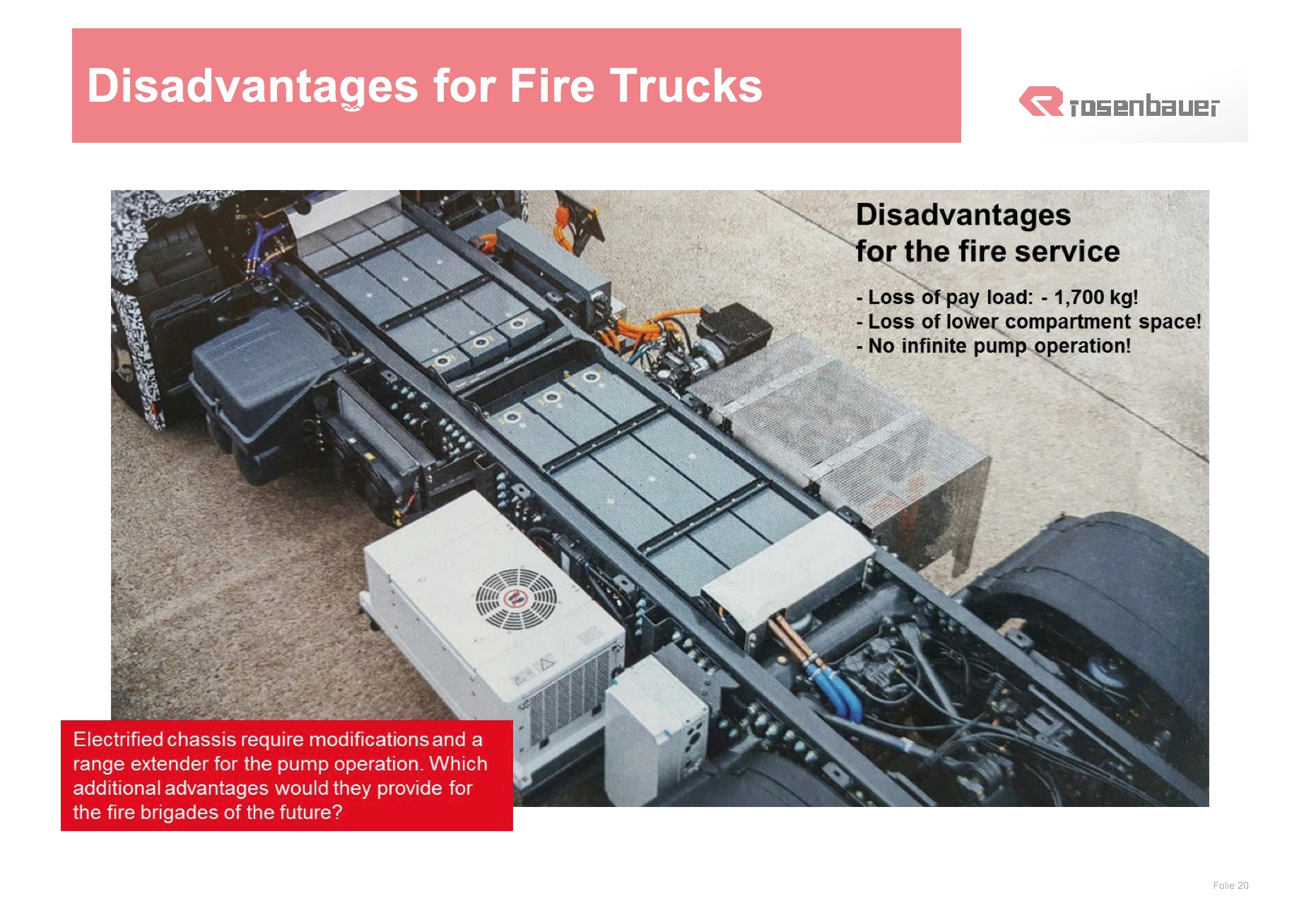 According to Rosenbauer, all these improvements could only be achieved through the consistent electrification of the power train. This  allowed the development of an absolutely new vehicle architecture.

The Concept Fire Truck (CFT) provides a foretaste of the fire truck of tomorrow, Rosenbauer’s development engineers having focused on the vehicle architecture that emerges during the design process when a systematic and uncompromising emphasis is placed on the demands that the fire services will face in years to come. 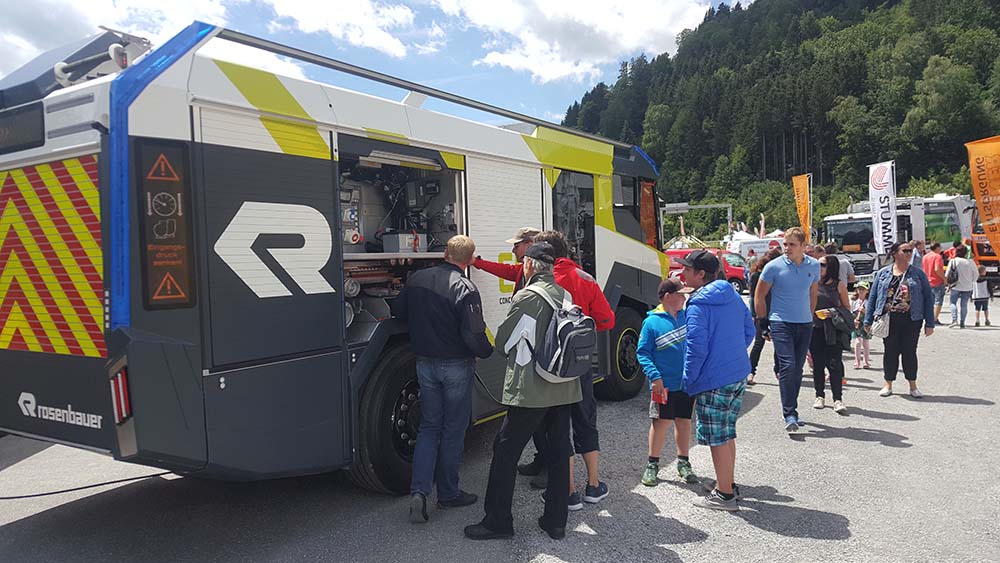 During its 150th birthday celebrations, Rosenbauer presented a concept study with which the Austrian fire service supplier was again able to underline its claim to technological leadership. The Concept Fire Truck (CFT) provides a foretaste of the fire truck of tomorrow, Rosenbauer’s development engineers having focused on the vehicle architecture that emerges during the design process when a systematic and uncompromising emphasis is placed on the demands that the fire services will face in years to come.

The result is an extremely compact and maneuverable emergency vehicle with a highly functional design, which above all sets new ergonomic benchmarks. This is a vehicle that can be easily and safely operated from ground level, and no longer requires firefighters to “climb” into the cabin. Indeed, this is truck that is more reminiscent of a command center than a crew transporter. Moreover, it is a vehicle which when on the move and in operation is extremely efficient and only produces very limited exhaust and noise emissions.

The Concept Fire Truck constitutes a multipurpose emergency vehicle in every regard. There is room in its optimized spatial concept for the complete range of equipment that the fire services require for their various operations. It is a firefighting vehicle with a pump and tank on board, a rescue with hydraulic recovery equipment in the equipment compartments, a universal fire truck that can store a vast quantity of special equipment in its rear section and a ambulance, which with just a few simple adjustments can be so converted as to allow the provision of initial medical treatment to injured persons and their subsequent transport in a lying position.

Current social and technical changes, such as shifts in demographic structure, digitalization, etc. will also have an impact on fire service organization and technology. Accordingly, with its Concept Fire Truck Rosenbauer seeks to provide an initial response to some of the questions relating to the day after tomorrow.

What must fire service technology look like when ever-fewer firefighters are available during the day, a growing number of women and older persons will be active in the emergency services, and with increasing frequency, professional fire fighters will require the assistance of volunteers? Nothing will change with respect to the need for robustness, freedom from defects and reliability, but as far as handling is concerned, all the user groups must be better served.

How must a fire truck be designed in order to allow even more universal deployment? Fire service operational statistics show a clear trend, as especially in conurbations and urban areas, units are increasingly involved with technical and rescue emergencies, while the numbers of firefighting responses remains relatively stable. Vehicles with a multifunctional range of equipment already represent the answer to these diverse challenges, but in the future this multiplicity will have to apply not only to the equipment payload, but also the entire vehicle.

And how can stricter exhaust gas regulations and the social demand for reduced pollutant and noise emissions be taken into practical account in a fire truck? This question leads inevitably to reflections upon the subject of alternative drive concepts.

It was the innumerable theoretical considerations of this type that in the final analysis prompted Rosenbauer’s development engineers to adopt a new and untrodden path for the Concept Fire Truck study. Consequently, the chassis, driver’s cab and superstructure (with or without an integrated crew cabin) constitute a single unit. This provides decisive advantages with regard to vehicle dynamics and stability, as well as a low height in tandem with improved use of space and greater crew protection. The crew and driver cabins are merged to form a barrier-free compartment, which can be modified for every operation.

The Concept Fire Truck is therefore not a further development, but instead embodies a completely new approach. It is a design study that focuses on the claim to provide the functions necessary in the fire service field, while being more ergonomic, universal and environmentally-friendly than anything previously seen in the fire industry.