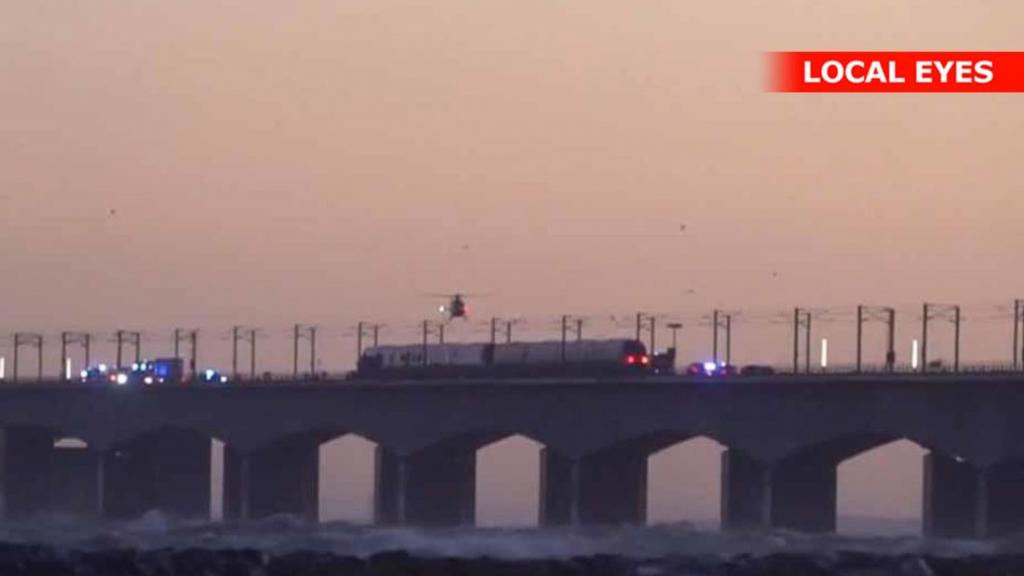 There has been a train accident on the Great Belt Bridge in Denmark. The police now confirm that six people have died and 16 were injured.

- A freight carriage has been overturned or come loose from the freight train and then hit the Intercity train, says Bo Haaning at the Danish Accident Investigation Board.

The police reported the accident on the Great Belt Bridge just before 08:00 local time.

“We are putting all our efforts in on the Great Belt Bridge. Right now, passengers on the train are our top priority. Send SMS to your relatives if you are okay,” writes the Fyn police on Twitter.

The police confirmed in a press release before lunch that six people died and 16 were injured in the serious train accident.

- We are in the process of creating an overview. The most important thing for us has been the passengers, says police chief Arne Gram at the Funen Police during a press briefing.

14 people have mild injuries while two people are receiving treatment for more serious injuries. None of the surviving passengers have life-threatened injured, according to the police.

One of the 131 people on board the passenger train is Tore Bentsen.

- We felt a hard stop. I was further back in the train so we didn't see much, he says to Aftonbladet TV.

A crisis center has been established in Nyborg after the train accident and Tore Bentsen and the others has been evacuated. He feels that many of his fellow passengers are in shock.

- No one understood what had actually happened, we mostly sat and waited. It took a while before we understood how bad it was.

The freight train was on its way to Funen and the passenger train drove from Aarhus to Copenhagen.

Just before 13 the police announced that the Great Belt Bridge had been reopened.