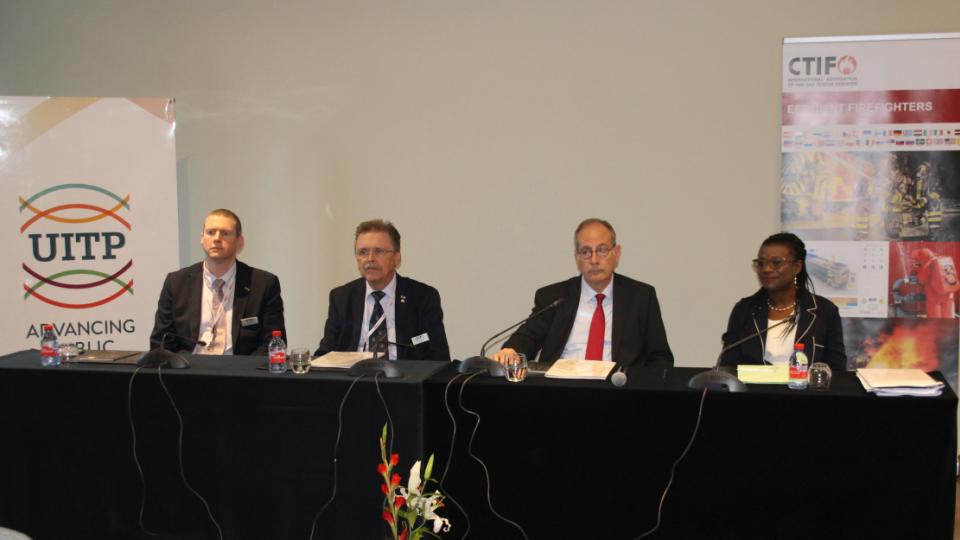 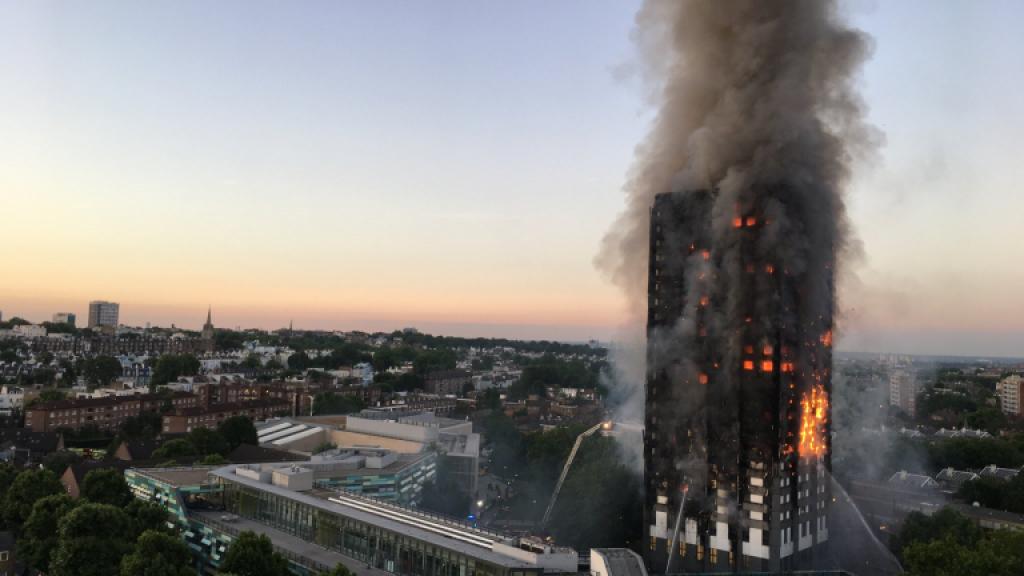 The fire occurred in Grenfell Tower, North London, on the 14 June 2017 with London Fire Brigade recording a call at 00:54 and being in attendance 6 minutes later.  Media accounts from reported eyewitnesses’ state a possible cause being a fire in a refrigerator on the fourth floor. The 24 storey building (23 stories above ground) was public housing of 120 1 and 2 bedroom apartments and some other non-residential accommodation.

Estimates of occupancy by individuals and families, many reported as being on low income, is around 600 persons with fire deaths estimated on 17 June at 58 including known deaths and missing presumed dead. 200+ firefighters with 40+ appliances attended and carried out multiple rescues of 60+ persons.

Conditions were described as extremely arduous with heavy smoke and heat restricting attempts to proceed beyond the 12 floor initially in the single staircase building. On-going operations involve assessments of structural integrity so that detailed recovery searches can be conducted in every space with search dogs now reportedly being deployed.

Erected in 1974 in Kensington London the building was of a typical solid concrete tower block design. UK building regulations do not require buildings of this date and kind to have active (water sprinkler) fire suppression systems reliance being placed upon passive fire compartmentation and construction. 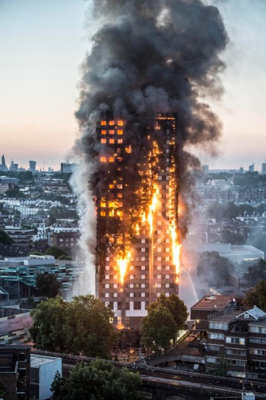 Grenfell Tower was extensively renovated in 2015-16 when according to the planning application the primary driver was improvement to poor insulation levels and air tightness of both the walls and the windows.

The chosen strategy was to wrap the building in insulation panels that protect the insulation from the weather and physical damage. Widespread UK media speculation is that the panels were a proprietary system able to achieve high thermal insulation values utilising polyethylene (PE) foam with an aluminium rain screen. Since similar situations might exist urgent risk inspections are underway.

The Prime Minister has stated there will be a full public inquiry (The UK’s most formal legal review) but already there is considerable speculation concerning issues like the very visual media evidence of rapid external fire spread and the UK’s ‘stay put’ fire strategy for residents in high rise accommodation. There are added comments that fire warning and emergency lighting systems were poor or failed and the resident association assert their previous safety concerns had not been addressed. Public anger and disquiet over a poor early response from public authorities are evident.

In addition there are existing more widespread concerns that improvements suggested following a 2009 London residential housing fire in which 6 died (Lakanal House) were ignored; that the UK building control guidance on fire is outdated and is not up to date with modern methods of construction and materials; and that an earlier formal review into high rise fire safety has been ‘shelved’. 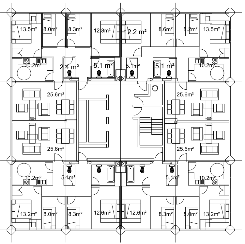