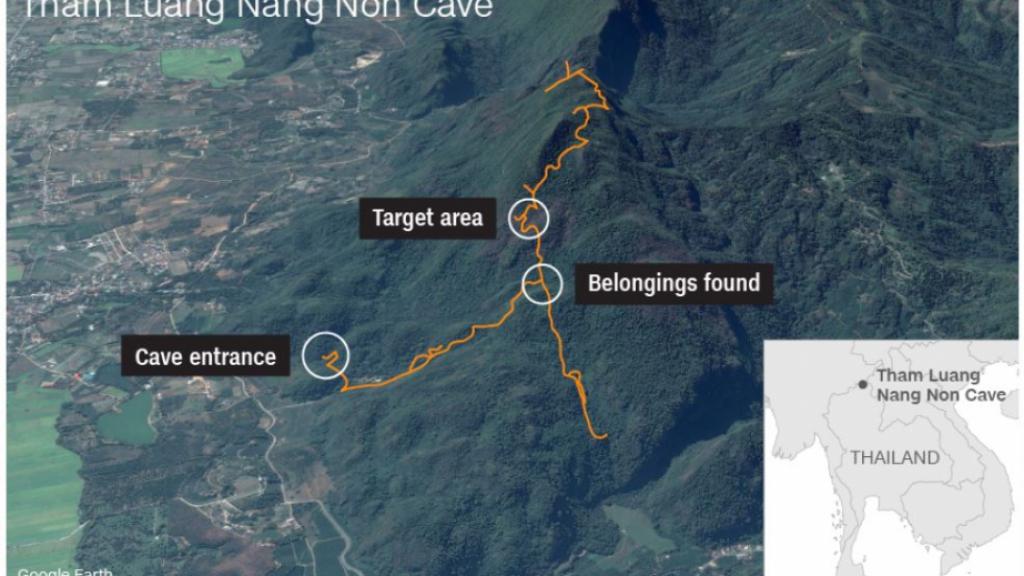 Extreme Extrication Challenge: How to teach 12 children who can´t swim to dive a narrow 2,5 km cave tunnel in low visibility?

The extrication of the 12 boys and their coach from the Thai cave system is one of a kind. Rescue teams and authorities are now trying to chose between teaching them to perform a dangerous 2,5 kilometer (1 1/4 mile) dive through narrow channels in murky, low visibility waters - or shelter the boys in place for months. Drilling for a vertical rope extrication is also an option which is being discussed.

The boys have now been supplied with food and medical supplies sufficient to have them stay in the cave for up to four months.

A third option that is being discussed is to drill a hole to a near by cave where the boys are located, and bring them up with ropes vertically. Since this has never been done before in the cave system,  to drill in the soft rock and possibly cause a collapse or partial collapse is naturally a large concern as well.

A top Thai official said Tuesday that heavy rains forecast for the coming days could worsen floods in the mountain cave where 12 boys and their soccer coach were located after being missing for more than a week, forcing authorities to speed up their extraction, according to Associated Press.

The group was located by rescue divers late Monday night in the cave in northern Chiang Rai province 10 days after they went missing, prompting a desperate search that drew international help and captivated the nation. Officials said Tuesday that the boys, aged 11 to 16, and their 25-year-old coach were mostly in stable medical condition and have received high-protein liquid food.

Interior Minister Anupong Paojinda, a member of the country's ruling military junta, said Tuesday that the boys may need to swim out using diving equipment ahead of bad weather forecast for later in the week. He said the boys would be brought out via the same complicated route through which their rescuers entered.

"Diving is not easy. For people who have never done it, it will be difficult, unlike diving in a swimming pool, because the cave's features have small channels," he said. "If something happens midway, it could be life-threatening."

Chiang Rai provincial Gov. Narongsak Osatanakorn said the health of the boys and coach were checked using a field assessment in which red is critical condition, yellow is serious and green is stable.

"We found that most of the boys are in green condition," he said. "Maybe some of the boys have injuries or light injuries and would be categorized as yellow condition. But no one is in red condition."

Cave rescue experts have said it could be safer to simply supply them where they are for now, rather than attempting to have the boys dive out. That could take as long as months, however, given that Thailand's rainy season typically lasts through October.

"There aren't too many options. Do we teach them to dive quickly? But it's a 2½-kilometre swim. Do we design some suit or mask to get them out … or do we keep pumping until the cave goes dry and we can actually walk them out? But the weather isn't on our side," he told CBC News via Skype.