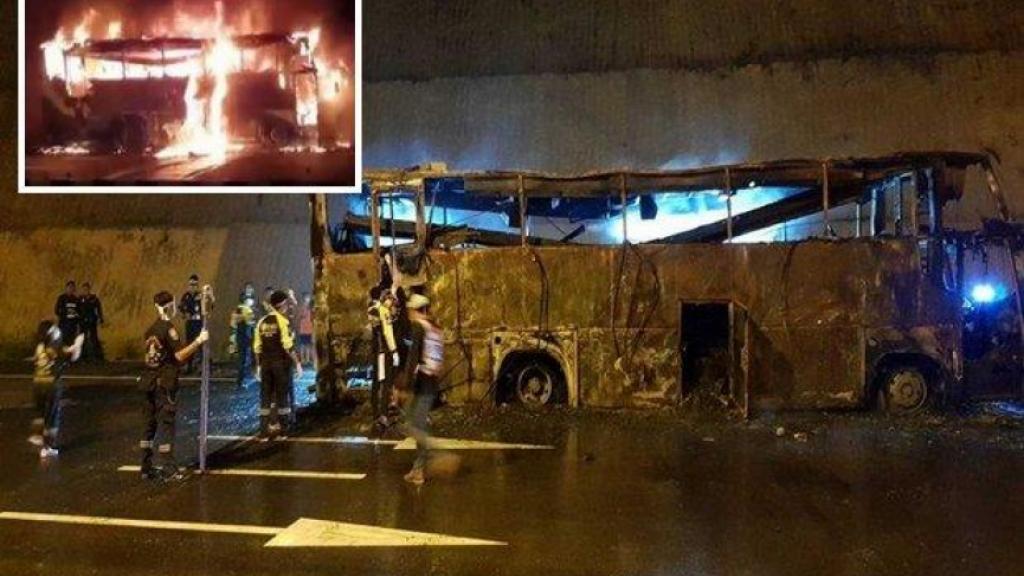 At least 20 migrant workers from Burma have died in a bus accident in Thailand. The bus they traveled in caught fire on their way from the border to the capital Bangkok, and many of the passengers were caught in the flames, according to authorities.

Another 27 of the passengers managed to escape the inferno, but were injured and taken the hospital. Their condition was unknown.

A total of 47 people were on board.

Reports from Tak province said the chartered bus was carrying about 50 Myanmar workers from Mae Sot province to the Nava Nakorn Industrial Zone in Pathum Thani after they had completed registration of their work permits.

The migrants were among thousands who successfully completed lengthy, difficult work-permit registration at the Labour Ministry.

The accident occurred at Kilometre 60 on Highway 12, at the Taksin Maharat National Park in tambon Mae Thor.

First reports said that the engine of the bus caught fire which spread quickly through the vehicle.

Police said the bus was carrying 48 Myanmar workers, in addition to the Thai driver and his wife.

Police said the fire was so intense that identifying the dead would require experts. One officer at the scene told a Bangkok Post reporter he could not distinguish between male and female corpses.